Check this site out to see the video.  Just like Pam Tomlinson takes home ballots and transports them after possibly changing them to get the right candidates, it’s happening in Broward County.   I cannot believe how dishonest some people are and it makes me sick.   And all of this dishonesty is perpetrated by Liberals.  This is a time I am proud to be a Conservative because I would not like to be part of the Liberal Class which perpetuates violence, fraud, and threatens the freedom of this country.  If you believe I am wrong, look how crazy they were on the Kavanaugh appointment; then look at what they did to Tucker Carson’s spouse and home; how they protest when Republicans are having dinners; how they don’t seem to have a brain in their head except to hate Trump who is doing a phenomenal job for the people in our Country.  There likewise has never been a former president who has been as nasty as Obama has.  We didn’t like him and knew he was taking down America but President Bush let him do what he wanted without protesting and none of us protested but watched how Obama bowed down to those in the Middle East.  The Liberals our out of hand and many are acting like Animals including Chuck Schumer. Antifa and Maxine Waters.  God Save America and may God Bless President Trump and all of those who are trying to make America Great again.

Karin for the blog

Caught On Video: Concerned citizen sees ballots being transported in private vehicles & transferred to rented truck on Election night. This violates all chain of custody requirements for paper ballots. Were the ballots destroyed & replaced by set of fake ballots? Investigate now! 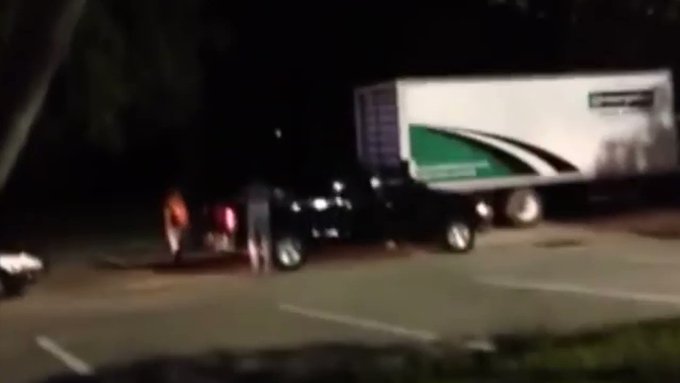 21.4K people are talking about this

Broward County’s Supervisor of Elections didn’t respond to a request for comment about the video. Canova, a former Democrat who came in third on Election Day with an independent challenge against Rep. Debbie Wasserman Schultz (D), has also disputed the results of his own election defeat.

The Republican anxiety in Florida comes as they face worsening odds in another late-counting Senate race, this time in Arizona. Democrat Kyrsten Sinema took a thin lead in the Arizona race on Thursday as more votes were counted.