Former President Bill Clinton said he had “a lot of respect” for White House Press Secretary Huckabee Sanders on how she handled herself when the Red Hen restaurant refused to serve her over the weekend.

During an interview on Comedy Central with host Trevor Noah, Clinton also stunned with a major warning for Democrats, saying they will regret supporting the idea of harassing Trump administration officials in public.

When asked about Sanders getting kicked out of the Red Hen over the weekend, the former president said he respected how she didn’t argue or cause a scene. He commended her for being classy during the heated situation.

As noted by The Daily Caller, here’s part of his quote:

“What I would say is — I read the article about the lady who owned the restaurant, and I wound up with a lot of respect for the way she debated it.”

“But I also had a lot of respect for the way Sarah Huckabee Sanders handled it. I mean, she was very dignified. She didn’t chew them out. She didn’t pitch a fit. She didn’t call them, you know, immigrant-loving thugs, or whatever.”

“She just got up and left and offered to pay. So maybe what I’d like to see this be the beginning of something where, you know, it would be better if we started talking to each other again. Sooner or later people need to quit tearing each other down and go to work.”

Clinton went on to say that Democrats should think twice before praising and encouraging harassment of political opponents, saying its a dangerous road to go down.

even Bill needs time to rethink himself and adjust – so can our current pols>>Bill Clinton talks Sarah Sanders and #MeToo troubles https://www.yahoo.com/entertainment/bill-clinton-talks-sarah-huckabee-sanders-metoo-troubles-061147091.html?.tsrc=fauxdal … is he sincere> dunno

Of course, Clinton couldn’t end the interview without remembering he’s a Democrat — so he partially blamed the Trump administration for the violence and hostility in America.

Of course, neither Noah nor Clinton mentioned the numerous instances in which liberals have made chilling comments about inflicting violence on President Donald Trump and officials who work in his administration.

In the past week, several members of the Trump administration have been targeted by liberal mobs after Rep. Maxine Waters urged people to confront them in public.

On Tuesday, a violent crowd showed up at the home of Senate Majority Leader Mitch McConnell and his wife, Transportation Department Secretary Elaine Chao. She was caught on camera standing up to the protestors and defending her husband. 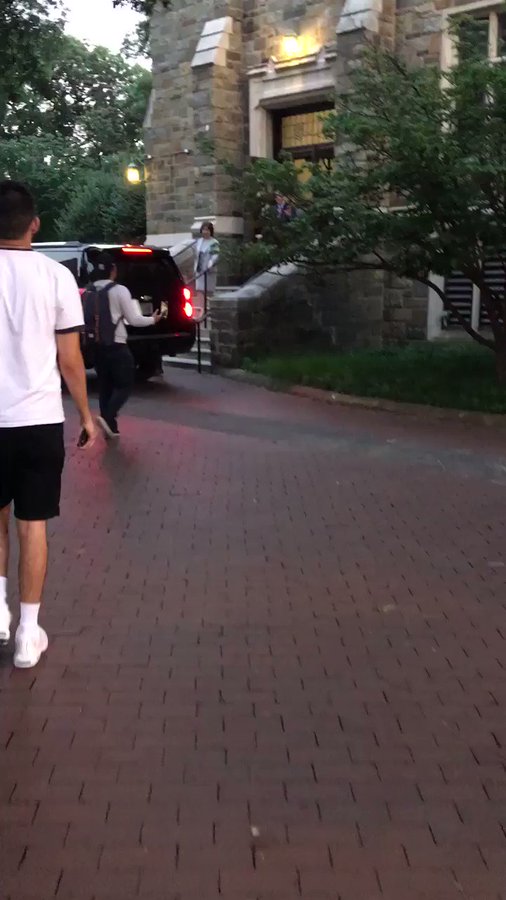 Over the weekend, pro-Trump Florida Republican Attorney General Pam Bondi was spit on by liberals while being chased out of a movie theater over the weekend.

Watch the video below:

Sanders was forced to get her own personal security detail from the Secret Service after being refused service and harassed at a restaurant last Friday.

Prior to that, a mob of deranged liberals swarmed the home of Department of Homeland Security Secretary Kristjen Nielsen, putting her family at risk of being attacked, harassed, and confronted.

This is what Waters wanted, and Clinton warned that the Democratic Party could be heading down a very dangerous path if they continue with these sick and chilling tactics.