Shortly after Rep. Maxine Waters called for people to harass and inflict violence against officials who work for President Donald Trump, she was hit with a double whammy.

Not only is the Secret Service investigating Waters for her comments, conservative watchdog Judicial Watch has also filed a complaint against the California Democrat with the House Office of Congressional Ethics.

I just filed a complaint against Rep. @MaxineWaters with the @SecretService. Although the Secret Service Officer couldn’t get into the details of the investigation, he did tell me that SS is looking into Maxine’s comments that incite violence against @realDonaldTrump & his staff.

Judicial Watch has also filed a complaint against Waters with the House Office of Congressional Ethics, saying her calls for violence against a sitting president is against the law. The group argues lawmakers should vote on whether to censure Waters, which could force her to resign.

In a letter to the House Ethics office, the watchdog group said Waters was encouraging people to attack and use violence against members of Trump’s administration and those who support him. The group said no member of Congress should be allowed to make such sickening comments, arguing that lawmakers should vote on whether she should be censured.

NEW: JW sent a hand-delivered letter to the chair/co-chair of the House Office of Congressional Ethics calling for an investigation into whether Congresswoman Maxine Waters violated House ethics rules by encouraging violence against Trump Cabinet members.http://jwatch.us/5uQScy

Waters issued a dangerous call to action over the weekend, urging people to harass and inflict violence against officials who work for Trump. She said those who work for and support the president should not be welcomed or allowed in society.

Here’s part of what she said:

“If you think we’re rallying now, you ain’t seen nothing yet. Already, you have members of your Cabinet that are being booed out of restaurants … who have protesters taking up at their house, who say, ‘No peace, no sleep! No peace, no sleep!’”

“Let’s make sure we show up wherever we have to show up and if you see anybody from that Cabinet in a restaurant, in a department store, at a gasoline station, you get out and you create a crowd and you push back on them, and you tell them they’re not welcome anymore, anywhere.”

Her calls for violence also came as pro-Trump Florida Republican Attorney General Pam Bondi was spit on by liberals while being chased out of a movie theater over the weekend.

Prior to that, a mob of deranged liberals swarmed the home of Department of Homeland Security Secretary Kristjen Nielsen, putting her family at risk of being attacked, harassed, and confronted. 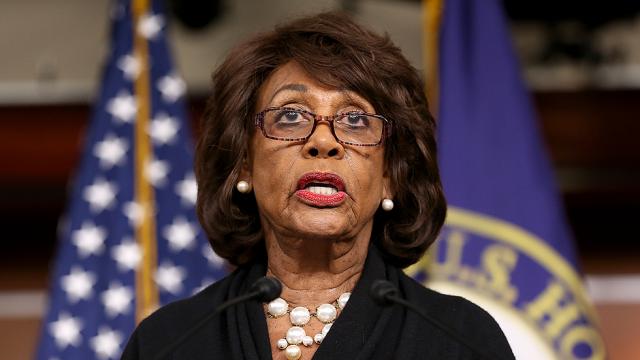 Her dangerous rhetoric has resulted in Republicans and members of the Trump administration being targeted, attacked, and harassed.

Waters is now being investigated by the Secret Service and has been hit with an Ethics complaint for her chilling comments — something many Americans are glad to see.