President Donald Trump clapped back at liberals on Thursday after they collectively raged over a jacket First Lady Melania Trump briefly wore when boarding a plane to visit a migrant detention facility in Texas.

In a tweet that went viral, the president said the message on her jacket was for the “Fake New Media.”

As noted by The Daily Wire, the first lady made a surprise visit on Thursday to a child detention center that houses young children who illegally entered the United States.

The trip showed that the Trump administration, not Democrats, is taking action to fix another problem left behind by the Obama administration. Desperate to prevent the White House from getting any positive coverage, liberals immediately attacked Melania for a jacket she briefly wore while boarding Air Force One on the way to the facility.

She wore a green anorak-style jacket, which on the back said, “I Don’t Really Care, Do U?”

Unsurprisingly, the jacket caused an immediate uproar from abhorrent liberals, with many claiming the jacket was sending the message that the White House doesn’t care about the migrant “crisis.”

The president fired back on Thursday afternoon, saying the jacket was a message to the dishonest media. He said even Melania has grown tired of being criticized by the media for everything and that she no longer cares.

“I REALLY DON’T CARE, DO U?” written on the back of Melania’s jacket, refers to the Fake News Media. Melania has learned how dishonest they are, and she truly no longer cares!

Prior to the president’s tweet, the first lady’s spokesperson released a statement ripping the media for focusing on a jacket the first lady wore on the plane rather than her trip to the facility.

“It’s a jacket. There was no hidden message,” said the spokeswoman. “After today’s important visit to Texas, I hope the media isn’t going to choose to focus on her wardrobe.”

Unsurprising to many, CNN’s Jim Acosta sent out a tweet claiming the first lady wore the jacket to visit border kids. 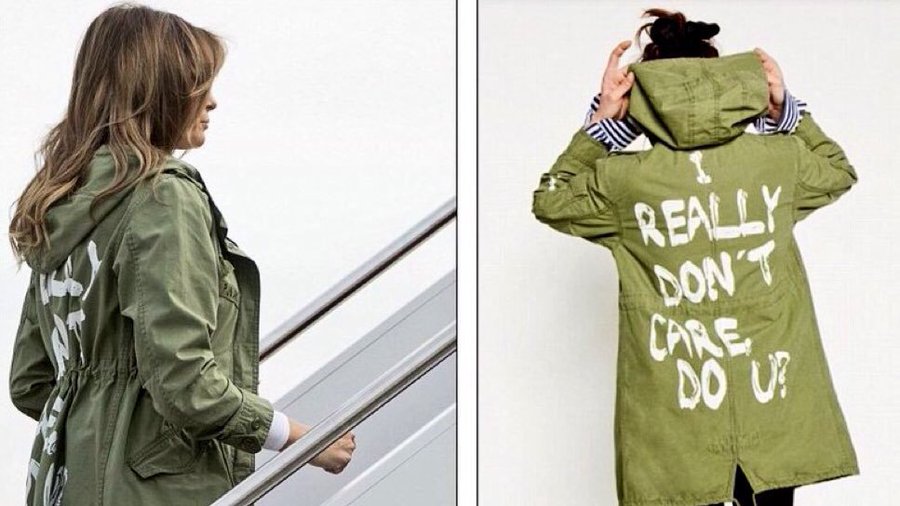 FLOTUS spox confirms Mrs. Trump wore a jacket to visit border kids that reads: “I really don’t care. Do you?” Spox says: “It’s a jacket. There was no hidden message. After today’s important visit to Texas, I hope the media isn’t going to choose to focus on her wardrobe.”

A quick cursory search easily shows that the first lady did not wear the jacket while visiting the center, but Acosta — and many other liberals — didn’t report that.

Here’s Melania at the facility — where she’s clearly not wearing the jacket: 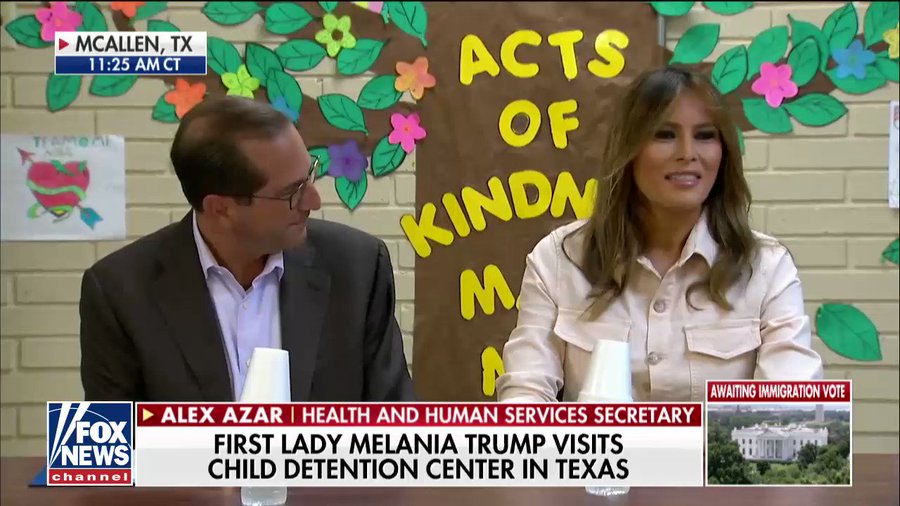 “Thank you so much for having me here today… I’m here to learn about your facility.” 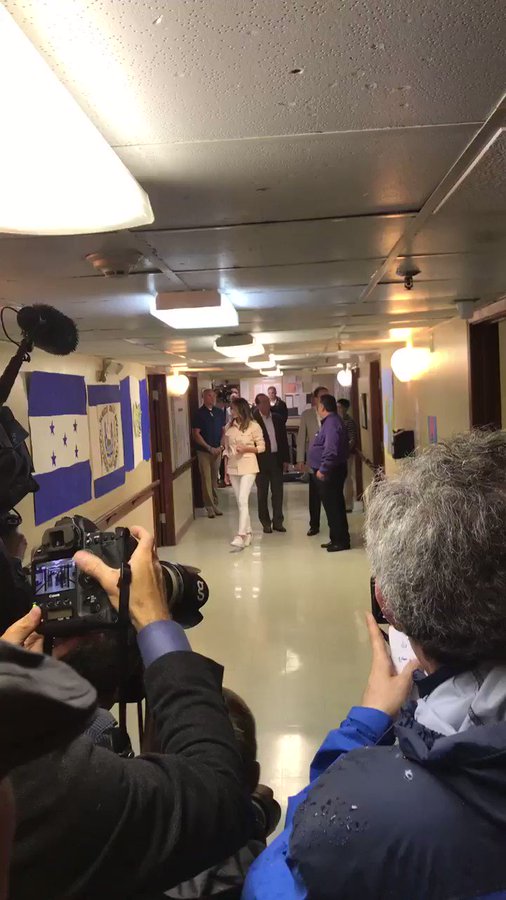 . @FLOTUS gets tour of kids’ rooms, notes how tidy they keep them 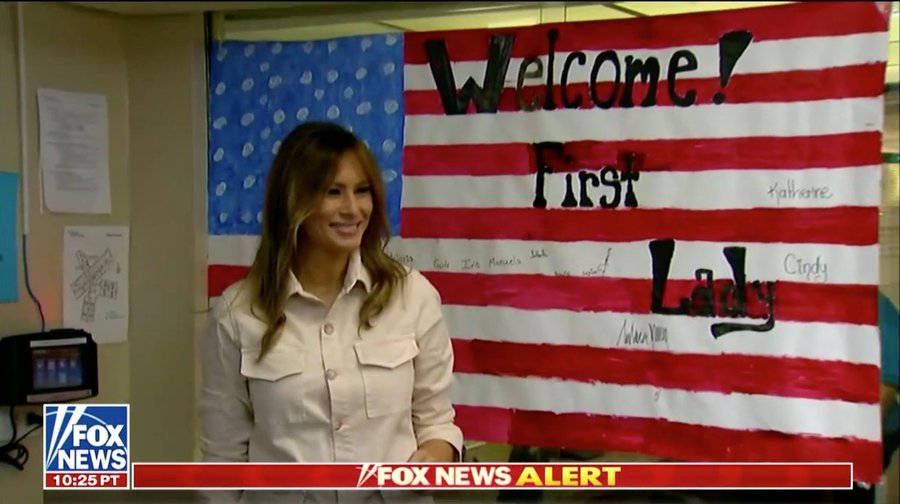 .@FLOTUS poses with a homemade American flag painted by immigrant children at a detention facility.

Just like the liberal media criticized Melania for briefly wearing high heels on the plane to visit areas in Texas last year that were devastated by the hurricane, they are now attacking her for a jacket.

When will it ever stop?